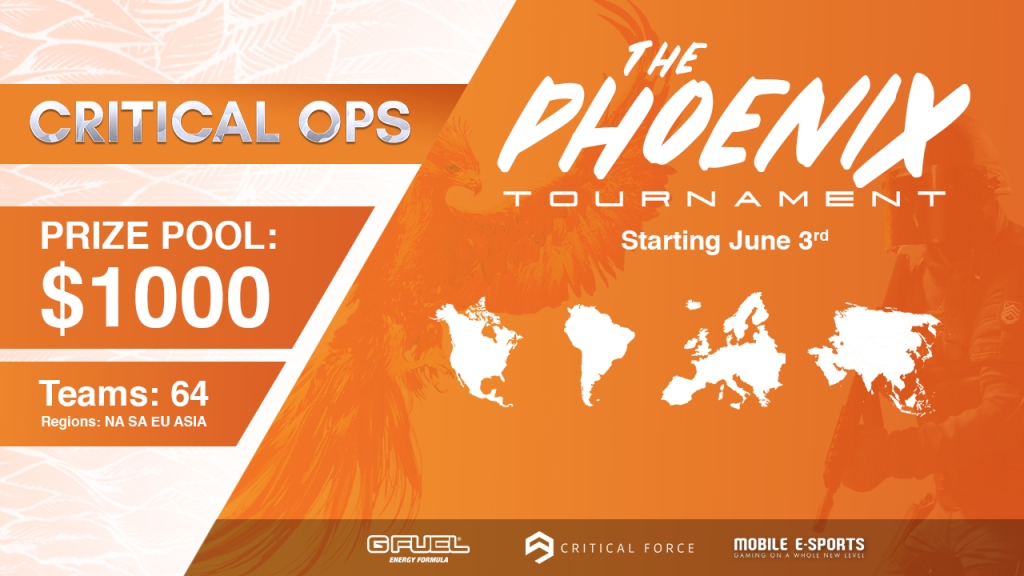 Tournaments in Critical Ops seem to have dominated the mobile esports scene and today there is yet another gigantic tournament that is announced for the game. The latest tournament is being organised by MOBILE E-SPORTS® in partnership with Critical Force. This new competition is called The Phoenix Tournament, named after one of the original tournaments which took place in 2016 during the dawn of mobile esports events.

The Phoenix Tournament will consist of 64 teams from regions such as NA, SA, EU, & Asia and they will all battle each other in a competitive bracket. There are countless powerful and talented teams in the Critical Ops scene and this tournament will bring out the best in all of the teams to fruition.

It will start on June 3rd and teams have until the end of this month to sign up their team. It will be based on a 5v5 format with all maps available to be played on and all matches will take place in Defuse The Bomb Mode. You can click here to redirected to the registration page.

All rounds of the tournament are based on single elimination but the Semi Finals are built on a BO3 format while the Finals will be based on a BO5 format. MOBILE E-SPORTS® has also provided anti-cheat measures where players have been given detailed instructions on the game recording process and more about this can be found on the Rules & Regulations page.

Finally, Critical Ops: The Phoenix Tournament is sponsored by G FUEL Energy, Surfshark VPN, and Gamer Goo. This tournament will be an extremely competitive event and we look forward to see how teams implement their skills and strategies to rise to the top. Stay tuned with our website for the latest on the mobile esports industry.