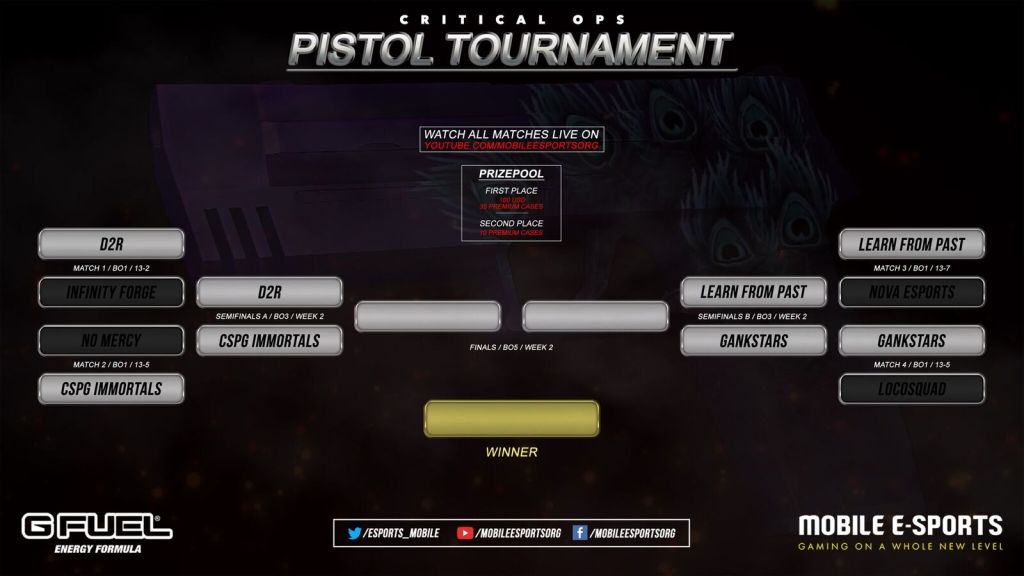 We were watching the Semi Finals of the Critical Ops: Pistol Tournament during the weekend as four renowned teams faced each other in a Best of 3 format. MOBILE E-SPORTS®‘s broadcast started with Destined2Rise facing CsPG Immortals. The first is a dedicated North American team that has always managed to be among the semi finalists in the majority of tournaments. On the other hand, CsPG Immortals has been and still is one of the most powerful Asian teams in the Critical Ops community with a uniquely, synchronized teamwork.

Each team had the chance to play on their server of choice in order to keep the tournament as fair as possible. Both teams have played with great skill but Destined2Rise ended up the victor. This guarantees a place for Destined2Rise in the Finals.

It was an exciting moment on the stream as viewers couldn’t wait to see what will happen next. The final round came down to a 2vs2 situation but ending with a victory for Gankstars. This places Gankstars in the Finals where they will face Destined2Rise in a Best of 5 format. We highly recommend that you watch the Semi Finals below to get the full Mobile eSports experience.