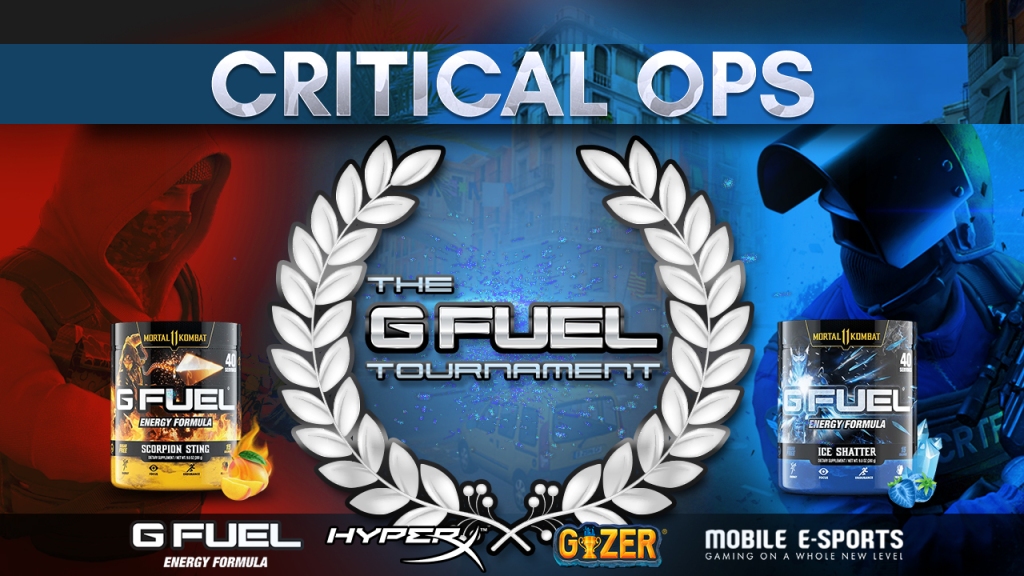 The first of many Critical Ops tournaments has just been announced by MOBILE E-SPORTS® in partnership with G FUEL Energy & supported by Critical Force Entertainment & Gizer. The new tournament is called The G FUEL Tournament, a special tournament that is annually organised under the G FUEL brand.

This tournament will feature 8 teams from North America that will compete for several prizes & a prestigious title. With countless skilled teams available in the region, it would be difficult to predict which ones will become champions.

Critical Ops: The G FUEL Tournament is now open for registration and begins on April 30th until May 2nd. Teams will have to sign up as soon as possible to be selected. It will be based on a 5V5 format with all maps available to be played on and all matches will take place in Defuse The Bomb Mode. You can click here to redirected to the registration page.

Finally, Critical Ops: The G FUEL Tournament is going to be a great & competitive event. With the support of top brands & sponsors, teams will have an opportunity to prove their skills in a professional environment. Stay tuned with our website for the latest on the mobile esports industry.