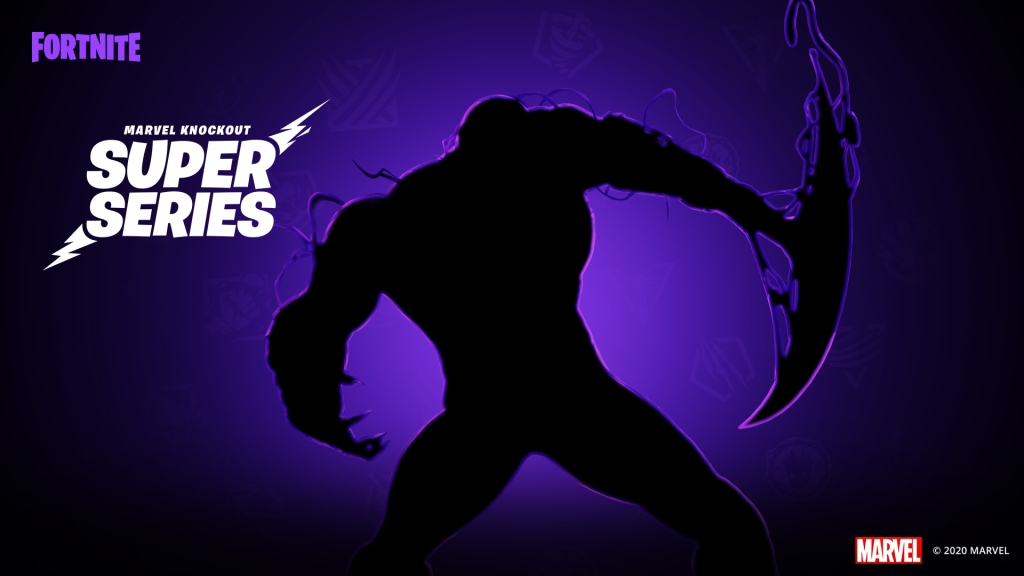 You have probably noticed the Fornite tweet by now which teased an image of a Marvel character. This character is none other than the symbiote Venom! Yes, Fortnite will be receiving a Venom skin very soon. This Marvel character comes after skins for other Marvel characters were released previously. The Marvel family is certainly growing in Fortnite.

Venom is quite a popular Marvel character with its film being released in 2018. So this is a big deal for Fortnite fans. The Venom skin will initially be free but to get it, you need to place well in the upcoming Venom Cup which starts around November 18th when the final Super Series Cup begins.

The Marvel Knockout Super Series consists of several tournaments, each featuring a Marvel character. We have seen Daredevil, Ghost Rider, Black Widow, and now Venom. To win in this tournament, a player must have the highest number of kills. The grand finals features a prize pool of $1 million and that’s going to be one competitive battle.

Finally, the revealed image of the Venom costume was leaked by VastBlastt and it shows the Marvel character in its full glory. We are really excited to see Venom arrive to Fortnite and really interested to see what players can do with this amazing character. Stay tuned with our website for the latest news in mobile esports industry.