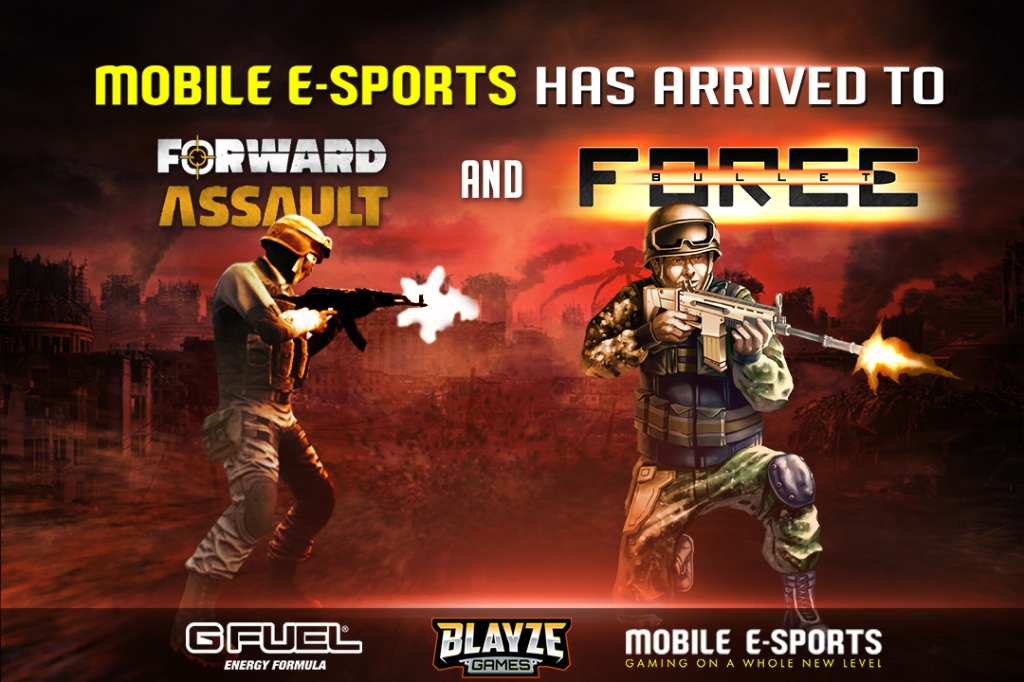 Blayze Games, the company behind Forward Assault and Bullet Force, has partnered with MOBILE E-SPORTS®. This is a very interesting partnership since for the first time, two of the most popular first person shooters will be transformed into Mobile eSports titles. With the games’ transformation, we expect to see hardcore players and competitive teams start focusing on building their rosters in both games in order to dominate the upcoming tournaments.

The first tournaments were already announced for both of these games, with registration for Forward Assault to begin on June 15th and registration for Bullet Force to begin on July 1st. Registration will be available at mobileesports.org on the aforementioned dates. For each tournament, 32 teams will be selected to participate based on a 5vs5 format in a single-elimination bracket.

Each tournament will reward the winning team with $500 and unique in-game skins that will only be available to the winners. The latter prize is a novel idea and many teams would want to be distinguished in the game. The 2nd and 3rd top ranking teams will also be rewarded a vast amount of in-game Gold. Click here if you wish to learn more about this partnership and the upcoming tournaments.